Winter pandemic at the Winter Palace

Now that the long severe orthodox Russian church fast is almost over, I hope you’ve been careful at feast time when retrieving fish from your natural freezer sunk in the icy river. Remember, if you think the weather’s been mild enough to thaw the fish since you froze it, don’t take the chance. Stick with vegetables. No cholera outbreak has ever been traced to parsnips.

This epidemic in Russia lasted over a year and was reportedly the cause of death for the composer Tchaikovsky, among a hundred thousand others. Even in a frigid locale like Saint Petersburg, these things can happen with relatively warm conditions and no concern for the sanitary needs of the lower classes. 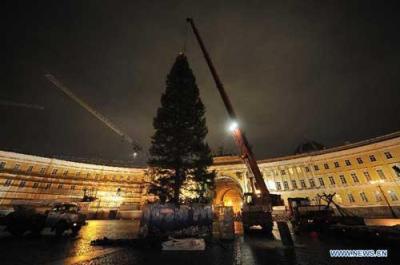 For a PDF of the 1893 Bulletin of the United States Fish Commission, click here. J. Lawrence-Hamilton’s piece has also been encoded in HTML with a useful index, courtesy of Penobscot Bay Watch’s archive of New England- and Maritimes-related BUSFC reports.

The BUSFC has some interesting historical writing (“Notes on the History of the Fish-hook”; “The Fisheries of Japan”; “The Clam Problem and Clam Culture”), in addition to drier pieces such as “Vegetable Parasites of Codfish” and “The Propagation of Black Bass in Ponds”. This article, “Foul Fish and Fish Fevers”, merely mentions the St. Petersburg typhoid outbreak in passing, being quite an extensive collection of anecdotes about seafood-related disease of the past 1000 years, and the ways governments and guilds through the years have tried to enforce sanitary fishmongery.

Even the zoological pieces in the BUSFC can be quite readable, including “What We Know About the Lobster” (also 1893), by Fred Mather, Superintendent of the Cold Spring Harbor hatchery and editor of Forest and Stream magazine. This guy is hilarious.

A very natural question for a reader to ask … is: “Why don’t you retain the youthful lobster until it ceases to swim and settles down to crawling, and thereby stock a certain district in which your State, that pays for the work, is interested?” To this I should reply that in theory that would be the proper and most correct thing to do, but in practice we find that there is a factor that will not be left out of our calculations, and this factor is cannibalism.

There is, at present writing, no food for a larval lobster known to me that is as acceptable as another larval lobster that has just molted. I have tried to bribe them by hanging flesh of eel, clam, beef, lobster (adult), blue crab, and fiddler crab, but without avail; their love for their fellows which prompted them to take their brethren in out of the wet, lest they be devoured by small fishes, baffled my efforts… If each youngster could be placed in a tank or even a small compartment by itself, no doubt it would accept any, or all, of the foods named, but at present we are not prepared to feed a million or more individual lobsters in separate stalls for months before turning them out to shift for themselves. … They are fighters by nature, and when a lobsterman has a lot of adults in a floating car and a storm comes up each lobster blames his neighbor for any collision that may ensue and they engage in a general fight, which is not only disastrous to themselves but to the lobsterman, for lobsters are not marketable in fragments.